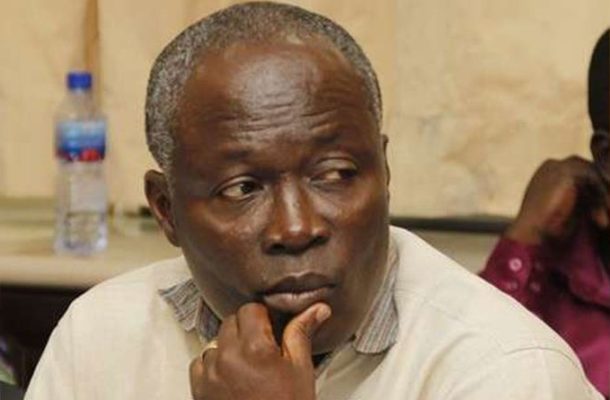 The President of the Ghana FA Kwesi Nyantakyi described the Minister as a blatant liar in an interview on Kessben FM challenging the Member of Parliament for Odododiodio Constituency to prove where he (Nyantakyi) made such a pronouncement.

Responding to Kwesi Nyantakyi's challenge, the Sports Minister denied ever saying that to any radio station.

"I wouldn't want to comment on that issue. I want us to concentrate on the Black Stars game against Uganda on Friday," the Minister told Happy FM.

When asked of his response to the FA Boss' describing him as a liar, he said "I have never said that to any radio station anywhere that Kwes ince told me he will resign."

The Minister called on the host of the show to replay the audio interview in which he was reported to have said the FA Boss disclosed to him of his resignation.

This adds to the tall list of statements made by Nii Lante Vanderpuye which have proved to be lies in the long run.

Hon. Nii Lante Vanderpuye in one of his interviews told Nhyira FM in Kumasi that he had received a petition from the Welfare Officer of the Black Stars Sabahn Quaye and team doctor Dr. Baba Adam complaining that they were denied the Jeep Chirokees which were given the Black Stars following their silver medal winning feat at the 2015 Afcon but Sabahn Quaye denied the Minister's claims on Asempa FM.

The Minister on another occasion accused the FA Boss of being affiliated with the main opposition party the NPP which the FA President again denied.

The numerous comments of the Sports Minister which have proved to be untrue have turned the honourable man into an ordinary commentator with many not taking him serious anymore.