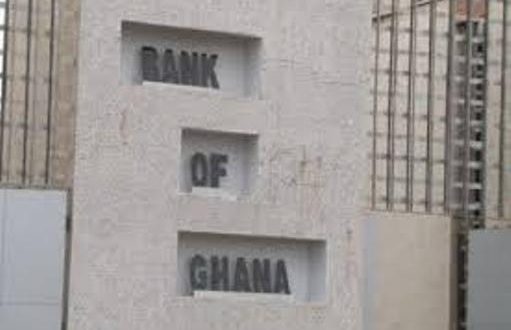 The Ghana Integrity Initiative (GII) has questioned the Bank of Ghana’s justification to sole source the procurement of gold watches for their retiring staff.

GII is of the view that  an open tender would have been the best option.

Some documents sighted in some media reports indicated that on July 22, 2016, the central bank sent a request to the Public Procurement Authority (PPA) to sole source the procurement of gold watches from a Swiss watch company.The request letter indicated that the BoG intended to use part of its 2016 budgetary allocation to fund the procurement of 24 units of 18 carat ladies gold watches and 48 units of gents gold watches; all Tissot Gold Watches from a dealer at the price of US$504,000.

But speaking to Citi News, the Programmes Manager of GII, Madam Mary questioned whether it was necessary for BoG to sole source the contract when other options were available.

“In this case we should be asking whether we have just one supplier, manufacturing watches or are these watches very special that we needed the PPA to approve a sole source,” she said.

The BoG, has come under intense criticism following its decision to spend such an amount on gold watches.

But the bank, in a rebuttal to these criticisms explained that expenditure formed part of its policy to reward deserving staff who have served a minimum of 30 years and are due for statutory retirement from the Bank.

The bank also explained that the procurement of the watches begun in 2012 when the Bank decided to procure the gold watches once every two years (i.e. 2012/13 etc.) in order to control cost and make savings on foreign exchange.

Noting that this policy of rewarding deserving staff has been with it since the 70s, the BoG said it will not devalue the dedication and commitment of loyal employees who have toiled for the company. S

Speaking on Eyewitness News on Wednesday, the Director of Communications at the BoG, Bernard Otabil, said, “if you served an institution for a certain number of years, that institution offers condition of service that would now allow you to enjoy some benefits of some sort after you have left that particular institution.”