Girl, 15, falls off Kia truck and dies a day after buying her school items to enter SHS 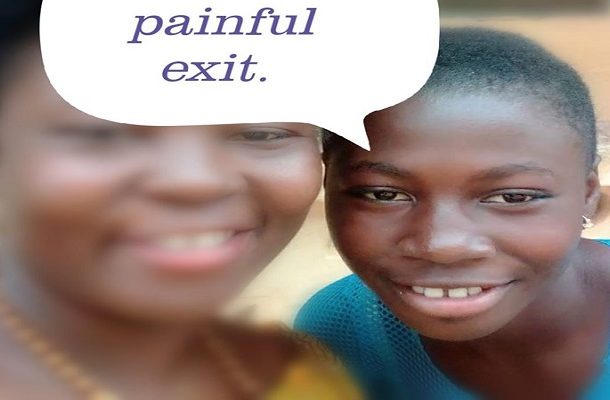 Truly, the world is full of uncertainties. Some of the things that happen in life are nerve-racking, especially the spate at which young people are perishing from the earth lately. Sometimes you stop to think about it, but the more you do so, the more you get confused.

A 15-year-old JHS graduate has shockingly died in an accident just a day after she purchased all her school items to enter into Senior High School (SHS), Ghanaguardian.com has learnt.

The deceased whose name was only given as Peggy met her untimely death after she fell off a Kia Rhino truck.

A Facebook post sighted by this portal revealed the young lady on Tuesday, September 11, 2019, shopped her needs as part of preparations to enter into Jema Senior High School (JESSEC) in the Kintampo South District of the Bono East region, only for her to die the next day, Wednesday, September 12, 2019.

“She got admission at JESSEC, yesterday she was in market buying her things and just this morning she has departed from dis world. Ahwwww Peggy!!!!”, the post read.

The accident occurred at the Pumpu river stretch near Apesika of the Techiman-Kintampo highway when a stray dog crossed the Kia Rhino truck, and in an attempt to swerve the domesticated carnivorous mammal, the driver lost control of the vehicle. The teen reportedly fell off the truck and died instantly.

“They were on their way to Apesika oooo and just in the pumpu river a dog crossed the car! So de driver tried to soeve it and she fell the car, Kia rhino. And dat was allllllll”, it added.