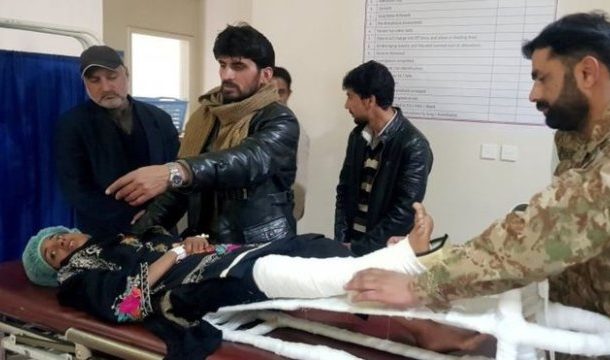 A 12-year-old girl has been found alive after being buried under snow for 18 hours when an avalanche hit her home in Pakistan-administered Kashmir.

Samina Bibi said she had been "screaming and shouting for help" as she lay trapped in a room under the snow, she told Reuters.

She said she thought she would "die there", before she was rescued.

The Neelum Valley has been hit by avalanches and landslides in recent days killing at least 74 people.

While the Himalayan region is prone to weather disasters, the current death toll is one the highest in recent history.

'It happened in the blink of an eye'

Samina was rescued from Bakwali village and taken to a hospital in Muzaffarabad. However several members of her family were killed.

Her mother, Shahnaz Bibi, said the family had been huddled around a fire in their three-storey house when the avalanche hit.

"We didn't hear a rumble. It happened in the blink of an eye," she said, telling Reuters she had given up hope of finding her daughter alive.

Samina said she suffered from a leg fracture and that blood had been oozing from her mouth. She said she could not sleep while she waited to be rescued.

Conflict has plagued Kashmir for decades

Eight people have also died in Indian-administered Jammu and Kashmir, according to local media.

Kashmir covers around 86,000 sq miles (138 sq km), and is famed for the beauty of its lakes, meadows and snow-capped mountains.

But it has been locked in a decades-long crisis, and has been divided between India and Pakistan since both countries gained their independence in 1947.