‘Give us military men or we’ll arm ourselves’ – Kukuom Council 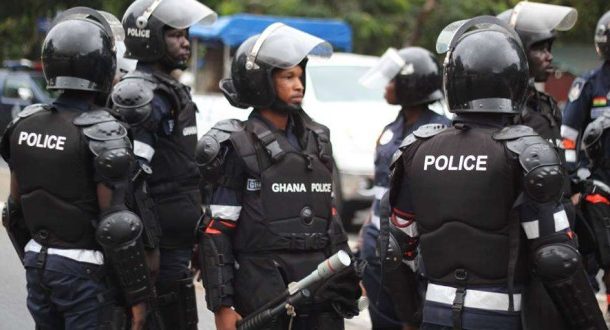 The Kukuom Traditional Council in the Brong Ahafo Region has given government a 72-hour ultimatum to deploy military men to the town or it will advise residents to arm themselves.

There were clashes in the area last week between members of the governing National Democratic Congress (NDC) and the opposition New Patriotic Party (NPP) who accused each other of manipulating the voter transfer exercise in the constituency for their gain. The incident led to the destruction of properties including the offices of the Electoral Commission(EC) in the area. At a press conference in Kukuom today, the Spokesperson for the Kukuom Traditional Council, Nana Twenewaa Ampem said they have lost confidence in the Police in the area.

“They destroyed a lot of properties, equipment, properties, computers. Who are they and where are they from? They have not arrested anybody and that is why we are calling  for military intervention. We cannot say the people should go out but they will advise themselves if nothing happens. Everbody will arm himself or herself. They can’t sit down for people from somewhere to come and attack the citizens of Kukuom. EC suspends votes transfer  Clashes between the two parties compelled the EC to suspend the voter transfer exercise in the constituency. The EC is however uncertain as to whether it will extend the exercise.