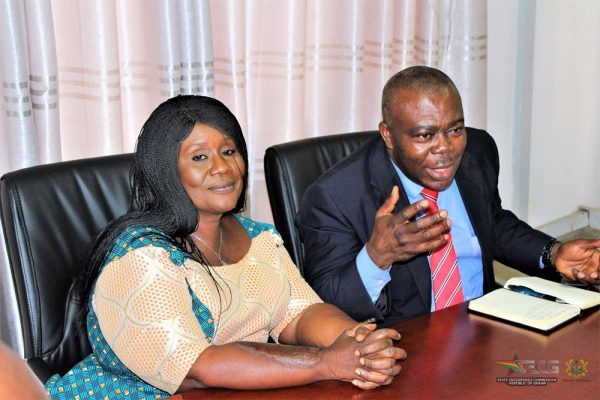 The Minority side of Parliament has indicated that, they have conducted their own investigations into the ongoing saga at the Ghana Cylinder Manufacturing Company Limited (GCMCL) and will soon publish the outcome of their findings.

The company for sometime now been faced with challenges with regards to management and the Board having expressed their difficulties with the Chief Executive Officer (CEO) Madam Frances Essiam had initially had suspended her as the Boss but the intervention of the Ministry of Energy had debunked the suspension.

Madam Essiam had been suspended over accusations of mismanagement of the and breaching of the procurement laws of the company.

The Energy Ministry had established an independent body to investigate the issue with regards the company.

The Ministry stated :“It is the considered view of the Ministry that due to the nature of the impasse and the fact that the Board is an interested party in the matter an independent committee will produce a more objective result.”

However, the Minority Caucus has also indicated that, said they had to come out with their own findings to grant Ghanaians an in-depth knowledge about the impasse at the company.

Speaking to the press, the Minority Spokesperson on Mines and Energy Adams Mutawakilu said, “We know since this Minister took over, all corruption issues, he’s always set up committees and they don’t come up with any report.How does the Minister believe that this committee will bring up report? because we know why! Most of these transaction happened when the board was not in place, and the minister was supervising the Ghana Cylinder Manufacturing Company. We’re carrying out our own investigation, gathering our data, appropriate time, we’ll let you people know. If the committee comes out with the report in two weeks and its contrary to what we have we’ll come out with ours, so Ghanaians can do comparisons”.