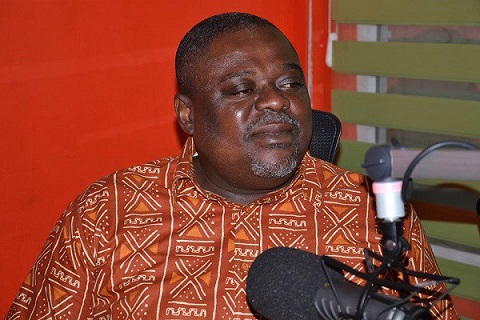 The Deputy General Secretary of the National Democratic Congress (NDC), Koku Anyidoho has asked parents of students who have died from the meningitis outbreak to go and deposit the dead bodies at the doorstep of the Education Minister.

According to him, the dead bodies must be deposited at Matthew Opoku Prempeh’s house to indicate the dissatisfaction on parents with the implementation of the Free Senior High School (SHS) programme.

“The parents of the dead children must carry the coffins containing the dead students and deposit them at Napo’s doorstep, they should go and hand the dead body to him and demand that he produces their children for them,” Koku Anyidoho said.

The outbreak of H1N1 have created a fatal health crisis in some secondary schools in the country.

Close to a dozen students from Kumasi Academy (KUMACA) where it was first detect, Damango SHS, Bawku SHS and other High Schools have died from the disease.

The outbreak of the H1N1 and the Meningitis has been attributed to overcrowding especially in the SHSs and the Free SHS programme has been said to be the primary cause.

The policy, Koku Anyidoho said has been poorly executed and hence demanded that Napo ought to be sacked from his post.

“I think he has not done enough and every serious government should by now have done away with him…the arrogance is too much, he should be sacked immediately,” he demanded on Adom FM’s Morning Show, ‘Dwaso Nsem’.