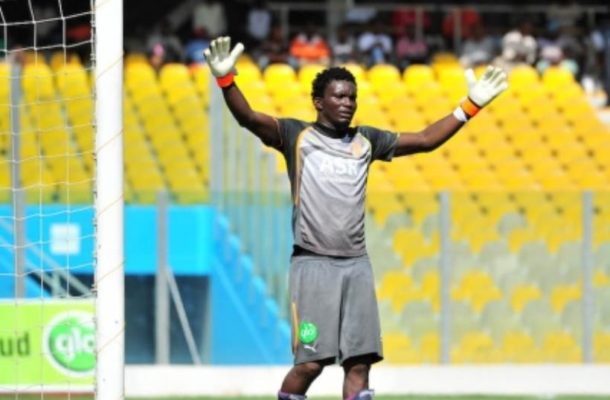 Bonsu was responding to allegations he took bribes during his final match at AshGold which led to his exit.

He was accused of playing it soft in their 1-0 defeat to Asante Kotoko in SWAG Cup match.

Bonsu on proving his innocence cited an incident which happened in 2007 when he was with Liberty Professionals. e

''Only God knows if I have ever taken bribe. Those who doubt me, can ask Palmer. I was with Liberty in a game against Tema Youth. I was sick but Palmer persuaded me to be in post and take the money so they can score,'' the Enugu Rangers gloves man told Kumasi-based Angel FM.

''I remember the year very well. It was in 2007, we lost 3-0. I didn't go because I was sick during that time Derek Boateng had just even returned to training and asked why I didn't keep the post.

''He didn't mention the amount but I told him I can't do that because I didn't want to dent my image, he contacted me trough a phone call.

Bonsu is on the verge of winning the Nigerian Premier League with Rangers after  a 32-year drought.