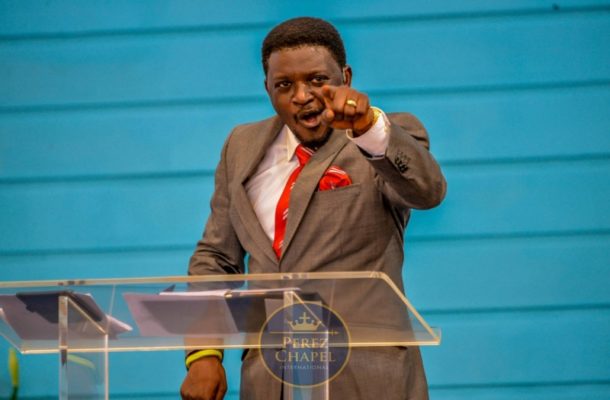 Founder of Perez Dome Archbishop Charles Agyinasare has declared that God will cause every individual who has swallowed the riches of the state to vomit them out.

In a sermon on Sunday, June 26, 2022, the man of God said from every level of our nation’s life, leaders who have stolen from the state would vomit it.

He added that pastors who take money that the church did not pay them would vomit it. Those who intentionally prevent others from their daily bread because of politics or they are in power, or because they have been promoted and deprive legitimate people of what belongs to them, they will vomit it.”

Archbishop Agyinasare stated that ”doctors who take money but don’t deliver proper care will vomit it. Lawyers who take advantage of their clients will also vomit it. Ghana Revenue Authority; those who intentionally slap taxes to get people out of business, those people will vomit it, and God will protect the innocent people.”

He stated that the Public Procurement Act 2016 and Section 124 of the Criminal Offenses Act 2 say, among other things, that when a government official or public figure steals during procurement, they get fined Ghc3,000 to GHc5,000 or two to three years in prison irrespective of the quantum of the money he stole. But if the ordinary citizen does a similar thing, he gets fined GHc24,000 or imprisoned for 5-10 years. This law shows you that the rich get away and the poor always suffer”.

He continued that public officers and anyone who gets into public office and gets a good house and a car because he stole and inflated prices or inflated a contract will vomit. Ordinary people who work for others and steal from them will also vomit it.

He said when God causes you to vomit something, it is either you are hit with a strange sickness or mental problem for your children; and the sickness that does not kill ordinary people will kill you because the money that was supposed to be used for a road, or hospital, you have chopped it.