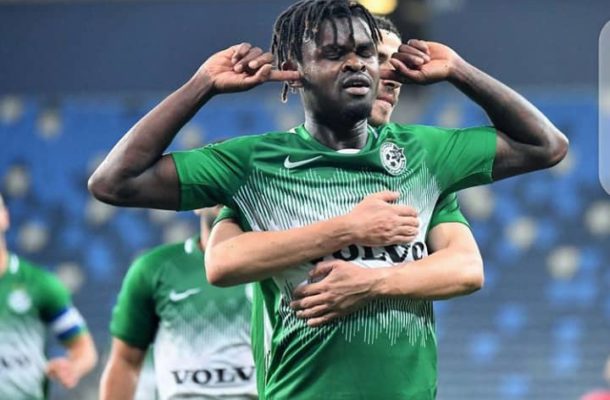 It is the second consecutive title Maccabi Haifa have won after doing same last season.

The celebrations were mixed as they lost 3-1 at home to Maccabi Tel Aviv and secured the title only thanks to a 2 -1 loss to Hapoel Tel Aviv  in Bloomfield.

The Yellows once again beat Barak Bachar in his team's coronation game, after doing so in the 2017/18 season with a victory at Turner (0: 1 from a goal by Dor Peretz), which the coach led the Reds from the Negev capital.

Donyoh was introduced into the game in the 60th minute as substitute for Dolev Haziza.

The 27 year old striker joined his current side from Danish side FC Nordsjaelland in September 2020 on a two year deal with his deal set to expire in June.

Last season he helped his side win the Israeli league title for the first time in ten years and is on course to repeat the trick this term.

He has scored five goals in 37 matches across all competitions while providing four assists for his side.