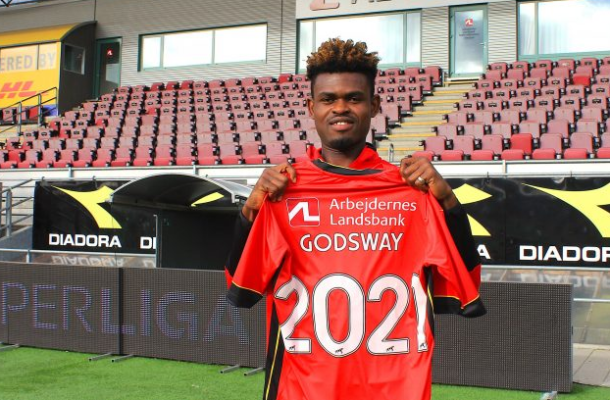 FC Nordsjælland midfielder Godsway Donyoh has penned a two-year contract extension that will keep him at the club until 2021.

Donyoh, 24, has been an instrumental figure at the Right to Dream Park since joining in 2016 from English giants Manchester City.

Despite suffering persistent injuries, he has netted 23 goals in 57 games for the Wild Tigers.

The Ghanaian started last season in excellent form, but in September 2017 he was hit by a knee injury that kept him out for most of the season.

In the new season, however, the midfielder has so far scored 7 goals for the club, 6 in the Super League and 1 in the Europa League.

His contract with Kasper Hjulmand's side was due to expire next year.