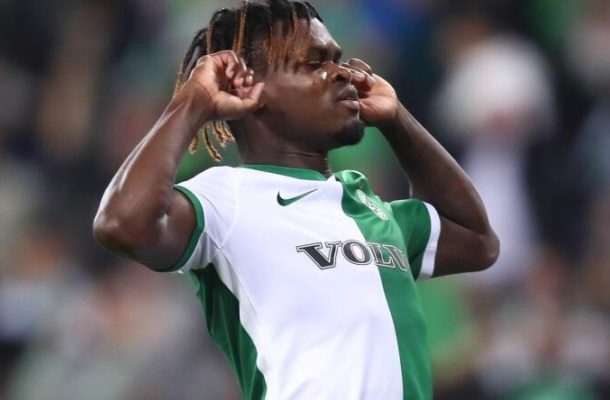 Ghanaian attacker Godsway Donyoh has shot down any chance of joining Israeli side Bnei Sakhnin F.C

The soon to be free agent was drawing admiring glances from the Israeli side but the Ghanaian attacker is not keen on joining them.

Donyoh is said to have informed his close associates that he is not interested in joining the claimed due to the trauma he suffered when his side's Maccabi Haifa's game against Sakhnin was postponed.

Sakhnin were supposed to host Maccabi Haifa in the city of Petah Tikva in central Israel instead of their home turf because of a punishment imposed for crowd trouble.

However, Sakhnin did not meet security requirements for the match, and therefore Israeli police shut down the stadium in Petah Tikva.

There are offers from clubs in the Israeli league who are already tabling  offers for the former Manchester City striker.

Last season he helped his side win the Israeli league title for the first time in ten years and is on course to repeat the trick this term.

He scored five goals in 37 matches across all competitions while providing four assists for his side.