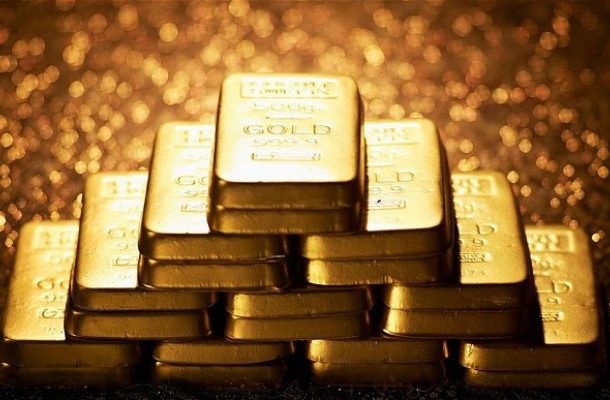 Gold snapped an eight-session losing streak early on Friday, edging up from four-month lows on bargain hunting, but was headed for its worst weekly dip in nearly a year on increased expectations of a U.S. rate rise by year end. FUNDAMENTALS Spot gold was up 0.2 percent at $1,256.36 an ounce by 0106 GMT, after falling for eight straight sessions. The yellow metal touched a four-month low of $1,249.68 in the prior session. Bullion was on track for its second weekly loss of nearly 5 percent, its weakest since November 2015. U.S. gold futures rose 0.5 percent to $1,258.90 an ounce. The number of Americans filing for unemployment benefits unexpectedly fell last week to near a 43-year low, an indication of firmness in the labor market, adding support to a possible U.S. interest rate hike later this year. The European Central Bank intends to push on with its aggressive stimulus policy of negative interest rates and massive bond buying until it is happy with the outlook for euro zone inflation. A disorderly reaction to possible U.S. interest rate hikes could disrupt capital flows and heighten asset price volatility in Asia, the International Monetary Fund said on Thursday. Gold prices could pull back to as low as $1,200 an ounce after breaking out of their 2016 uptrend this week, according to analysts who study past price patterns to determine future direction. Goldman Sachs said reaction of gold prices has been larger than anticipated, leaving risks surrounding its year end forecast of $1,280 per ounce as moderately skewed to the downside. Evolution Mining, Australia's no.2 gold miner, expects gold prices to remain strong due to geopolitical and fiscal uncertainty, despite a recent drop on prospects of a U.S. rate hike in December. Russia produced 145.95 tonnes of gold in January-July, down from 148.09 tonnes in the same period last year, the Finance Ministry said in a statement on Thursday. Source: Reuters