Government will not relent in efforts to sanitise lands, natural resource sector – Jinapor 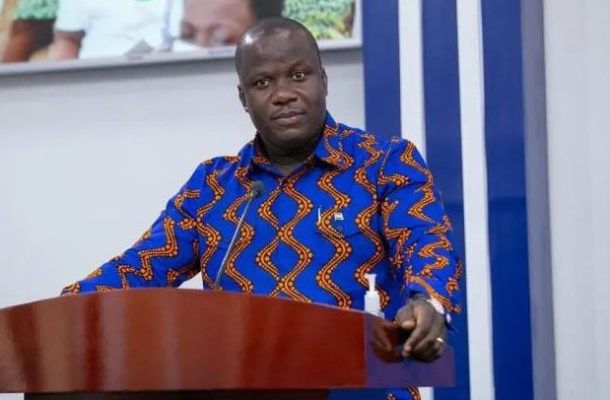 The Minister of Lands and Natural Resources, Samuel A. Jinapor, has affirmed the ministry’s resolve to work to sanitise Ghana’s lands and natural resources.

He said the lands and natural resources of any country ought to be protected and managed for the benefit of the people.

According to the minister, “the commitment of President Akufo-Addo to ensure the sustainable and efficient management of the lands and natural resources of the country, anchored on integrity and transparency, is total and unflinching and the government will be relentless, totally committed, to enhance all the measures that have been put in place to come to grips with the matters of illegal mining.”

The minister made this comment when he appeared on the Breakfast Show of Ghana Television (GTV) on Tuesday, January 18, 2022.

He observed that the menace of illegal mining is an age-old problem that predates the Fourth Republic and even though illegal mining persists, the government, through the ministry and its agencies, has worked to bring the situation under control.

The government’s interventions in this area, he noted, have largely been two-fold: regulatory and enforcement.

On enforcement, he said some of the policies being implemented by the government include the declaration of water bodies and forest reserves as red zones for mining, the ban on reconnaissance, prospecting, and, or exploration of minerals in forest reserves, the introduction of Operation Halt II, the tracking of earthmoving equipment and machines for mining, among others.

The minister emphasised that the government of President Akufo-Addo is not against small-scale mining but wants it to be done in a legally regulated way.

He added that the Regional, Municipal, and District Security Councils have been tasked to lead the fight in their various jurisdictions to be supported by the national task force, as and when the need arises.

He called on all communities to support this fight as the communities bear the brunt of illegal mining.

Touching on lands, the minister said the consequence of a poorly regulated land sector is as serious as illegal mining.

The government, he noted, is, therefore, committed to building a robust, efficient, and effective land administration system that is anchored on integrity.

Mr. Jinapor said the government is investing in technology at the Lands Commission to ensure this vision is achieved.

On Forestry, the minister said the government was committed to protecting the forest cover of the country while implementing an aggressive afforestation programme to restore the lost forest cover.

He added that the government is doing this through policies like the Green Ghana Project, the ban on harvesting and exporting of rosewood, and the ban on commercial production of charcoal in some parts of the country.

He called on all well-meaning Ghanaians to support the government’s afforestation programme, particularly the Green Ghana Project, which will see to the planting of, at least, 20,000,000 trees this year.