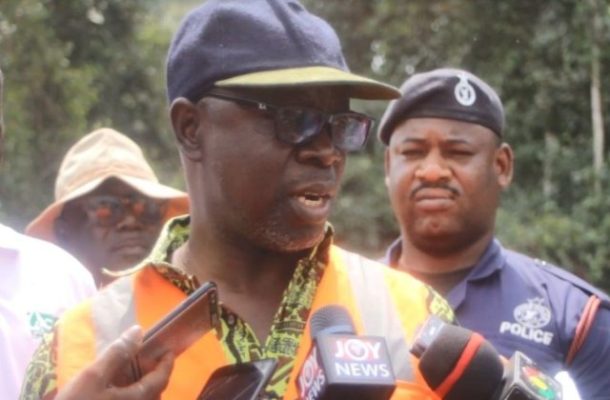 The staff of embattled Ghana Manganese Company (GMC) have blasted government following the closer of the company.
They say Government chose the wrong option in handling an audit report,which led to the closure of the company last week.

Secretary to the Professional and Managerial Staff Union, Nana Owusu, said there was no point in demonising workers of the company when there were ways to tactfully resolve issues that emerged from the said audit report.

“It won’t have resulted in demonising the company and destroying its name both locally and internationally...some of our workers went to the bank for loans and they were denied because they were told the company was not in good standing,” he told Evans Mensah on Joy FM’s Newsnight show, Tuesday.

Nana Owusu said government missed the opportunity to do a job and rather “gave room for speculations.”

“The Minister had the option of letting work continue and then forming a committee to look into the matter but he rather took the other alternative to shut down the mine before forming he committee,” he added.
On Monday, the Lands and Natural Resources Minister, Kwaku Asomah Cheremeh ordered the shutdown of GMC until further notice effective same day.

He said the closure was in response to the company's inability to fulfil its financial obligations which have resulted in over $300 million loss of revenue to the state.

“We are going to engage them to find an amicable solution to the infraction that they have committed. If indeed they do not have any good explanation for the happenings, then we will arraign them before the court,” he said.

However, after a three-day shutdown which allegedly cost the Company $6 million, it was given the green light to resume operations by the Lands Minister.

Beating a retreat in a letter on Friday, Kwaku Asoma-Cheremeh said after two meetings with the company and some stakeholders, the parties agreed to expedite action towards resolution of the issues raised in an audit report.

“In the light of the good faith shown by the company to work with government towards amicable resolution, including the joint manning of the weighbridge located at the mine and tonnages loaded unto ships to guarantee accurate computation of revenue, I have asked the company to resume its operations,” he said.

It was not surprising that the Minister’s was given a cold shoulder when met the workers of the Nsuta-based company in the Western region, Tuesday.

The workers told him in the face their disapproval of his decision amidst claims that it was a grand scheme by government to give GMC to a private company.

Earlier, they had claimed that government, who made allegations of tax evasion rather owed the Nsuta-based company $20 million.

Mohammed Seeba, a branch union secretary told Joy News, “Indeed, the reopening of the mine was good for government…we had seriously planned to demonstrate against government what it did…the approach the Ministry used in the first place was totally wrong.

“…we are not lawyers but we know that when you audit someone, it is very important you serve that person with a report of what you have audited. It was totally wrong for you to sit and do a press conference to shut down the company without thinking about the over 1500 workers and their dependents,” one of the staffs said.

Mr Seeba said as a union, they are not interested in delving into politics when it comes to their work as they are only concerned with the interest of workers.

The Lands Minister was forced to respond to Mr Seeba’s concerns denying that there is any scheme by him or the President to take over the company for cronies.

Mr Asomah Cheremeh was emphatic that government was only enforcing the laws of the country and the shutdown was in the worker’s interest.

The Minister said the audit revealed facts which were totally different from what management told government.

The workers said, for now, they will only await the Committee’s report before taking any further action urging the media to push for it to made public.