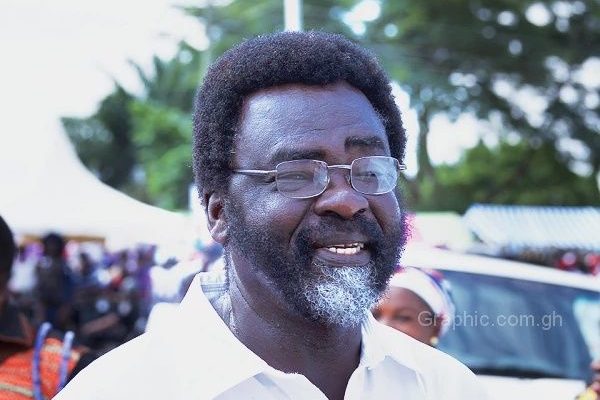 Dr. Richard Amoako Baah, a former lecturer at the Kwame Nkrumah University of Science and Technology, KNUST, has indicated that President Nana Addo Dankwa Akufo-Addo's refusal to reshuffle his appointees means there are secrets that he may be hiding.

According to the academic, the government feels that if new people are appointed to occupy new positions, they will be exposed.

“Any government that finds it distasteful to reshuffle ministers has too many secrets and this is why they don’t want new eyes and new ears, because the same ones who are there play the game and let’s keep it going, that is part of the equation,” Dr. Richard Amoako Baah said on Joy FM's 'Top Story' programme on Monday.

His comments were in reaction to President Nana Addo Dankwa Akufo-Addo's recent response to call for a reshuffle, where he said there is no justification for the demand since most of the ministers have met his expectations.

Speaking on North Star Radio in Tamale as part of his two-day tour of the Northern Region, the president said he is impressed with his appointees.

“Many of them for me have done outstanding work. Their output has been considerable, and that is what I look at,” he said.

But Amoako Baah advanced a contrary view to that of the president, "talk to Parliamentarians, they will tell you Common Fund never goes there. How are they going to be assessed? You were never given the money you needed to work so based on what are you going to decide competence to ensure that you fire them.

“If it is a political party that brought him to power [it] doesn’t mean that when you win, you will do whatever that you want.

“I have to say...I don’t want a position with him, it is already gone, so please what I am saying has nothing to do with myself. I don’t need a job with the President but if he calls me that he needs help and he thinks that I can help, that I will do,” Dr Amoako Baah noted.