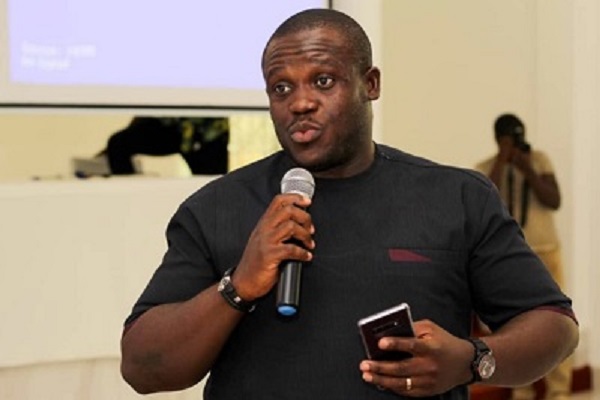 The Member of Parliament (MP) for the Ningo-Prampram constituency in the Greater Accra region, Sam Nartey George, has alleged that the Akufo-Addo led government is hiding behind the telecommunication companies in the country to 'steal' from the Ghanaians.

His comment comments come following an unexpected increment in the country's data tariffs.

But Sam Gorge in a lengthy write-up on the issue said Ghanaians should fault the government for the recent unexpected charges, describing it as a scam.

"I have seen a number of posts on Facebook complaining about the speed at which data and voice credits are being swallowed on phones. A lot of anger is channelled at the Telcos. Wait! That's a SCAM!!!", he wrote.

According to him, when the Communications Minister, Mrs Ursula Owusu Ekuful directed the Telcos to stop the forward deduction of the increased CST, he knew it was deeply going to affect the consumer.

"When the Minister of Communications issued that fiat and forced the Telcos to stop the forward deduction of the increased CST from the 26th of November 2019, I sounded the warning that the consumer would be worse off," he said.

He alleged: "The Minister authorised through NCA, an increase in tariffs to compensate for the stoppage of the upfront deductions. The Minister and Government are scamming the people. They want you to think you are getting all your credit when you recharge but they have opened a huge pipeline back door to siphon all the recharge value."

He, however, charged Ghanaians to direct their anger at "the insensitive and backstabbing government that seeks to 'steal' from the citizenry and hide behind corporate bureaucracy"