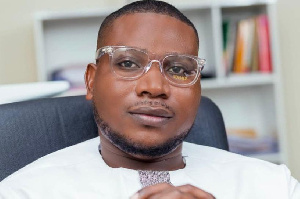 The Executive Director for the Alliance for Social Equity and Public Accountability (ASEPA), Mensah Thompson, has alleged that the government is bent on passing the 1.75% Electronic Levy (E-Levy) by using the military to enforce this.

He alleges that the government intends to force the hand of the law-making body to approve the controversial E-Levy, even if it means using the soldiers to physically the National Democratic Congress MPs.

“My sources at the Jubilee house contacted me again yesterday and the information is simple, they have resolved to pass the e-levy at all cost when Parliament resumes. In fact, they intend to send the military to Parliament again when the e-levy debate degenerates into a scuffle and their plan is to assault the NDC MPs if they attempt to resist like the other time,” he alleged.

Mensah Thompson made this known in a Facebook post, adding that there is the need for members of the Minority to be on guard.

He also questioned what the fear is with the government returning to the International Monetary Fund (IMF) if the need be.

“The Minority must be on their guard, the plan for the e-levy is big, they intend to pass it all cost or they have to go to the IMF and that is exactly what they don't want.


“But the question is why are they sooo afraid of going to the IMF?, some people have said oh, they don't like the propaganda or they don't want to feel ashamed for taking us back to the IMF...

“Ghanaians Paa, smh!!... For how long would we understand that these guys are shameless and they don't give a shit about your propaganda?” his post said.

It will be recalled that a year ago, when this parliament was being constituted, chaos broke out on the floor of the chamber, leading to some military men invading the House.