Gov't to miss out on end of year GDP target - IMF 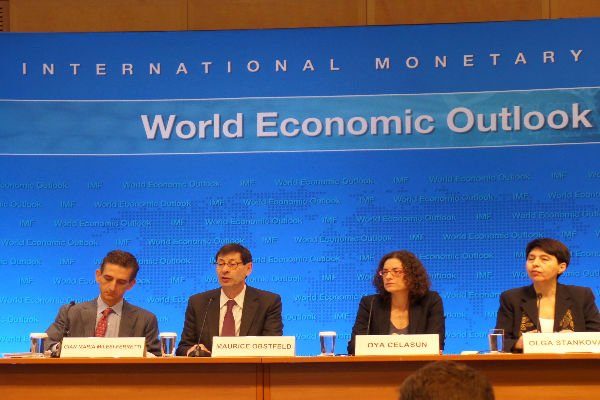 The latest International Monetary Fund (IMF) Global Economic Outlook Report says Government will end 2016 missing out on its target to grow the economy.

Government in its revised estimates in the Supplementary Budget is looking at ending this year with a growth rate of 4.8 percent. But if this latest forecast by the Fund is anything to go by, then it appears that target will not be achieved.

According to the Fund, Ghana will grow at 3.3 percent at the end of the year.  The projection is in sharp contrast to what the World Bank forecasting for Ghana.

The World Bank after the release of its Africa Pulse report later told JOYBUSINESS that, that the over 4 percent growth target by Government is still achievable, citing recent measures being instituted to stabilise the economy.

According to the Ghana Statistical Service, economic growth for the second quarter slowed from 4 percent in first quarter to about 2.5 percent.

However, the report was optimistic that inflation will be reduced significantly from August inflation of 16.9 to 13.5 percent by December 2016.

The forecast might not be so good, especially for those who were optimistic of things improving in the coming months in terms of economic growth picking up.

However, government is optimistic it will beat the IMF forecast, adding that “looking at the measures that we are putting in place, the economy will indeed expand more than what the IMF is projecting for Ghana by the end of the year."

Meanwhile the IMF says there should be some policy reforms to achieve the pickup in economic growth from next year.