Govt not being truthful to power challenges – Dr. Kwabena Donkor 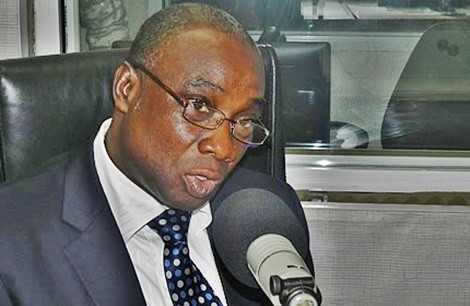 A former Minister of Energy in the erstwhile John Mahama administration, Dr. Kwabena Donkor, says the government is not been candid with Ghanaians regarding the issues of power outages across the country.

According to him, the nation’s current power challenges is financial constraints and not due to technical faults as being explained by the government.

Dr Kwabena Donkor believes enough has not been done by the Akufo-Addo-led government to manage the situation.

Ghanaians have been reacting with despair and resourcefulness following nationwide power cuts in recent months.

Businesses are forced to close raising concerns about the fate of a country already paralysed by the impact of COVID-19.

Power transmitter, GRIDCo has in various forums explained that the current challenge will not plunge the nation into the dreaded days of unstable power supply known locally as ‘dumsor’.

It said a scheduled maintenance works on its power lines had necessitated a disconnection of power in some areas as it assured that the situation would be resolved within a spate of three months.

But commenting on the development on Citi TV’s, ‘The Big Issue’ Dr Kwabena Donkor who is NDC MP for Pru East called for a shift from populist policies in the power sector to the implementation of sustainable plans for the sector.

“If the GRIDCo CEO says money is not an issue then he is being economical with the truth unfortunately as a country we are continuously driven by populism aligned to electoral cycles rather than looking at things in sustainable national interests”, the CNR quoted the former Minister as saying.