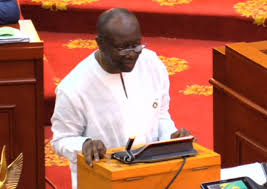 Hon. Ken Ofori Atta has stated that, the government in 2019 will invest massively in roads in some major regions in the country including the Ashanti region, Northern, Central, Eastern, Greater Accra.

According to the Finance Minister, the social intervention policy in infrastructure will be financed as stated in the 2019 budget.

He mentioned that the government is focused on the dualization of the Accra-Kumasi and Accra-Takoradi road in 2019.

He added that, the railway workshop in the Esikado will also be completed in 2019.

He made the statement while reading to the Parliament the 2019 budget under the Akufo-Addo administration.