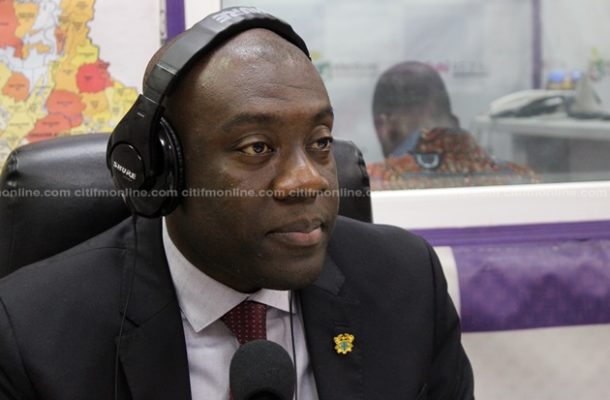 Government says its ‘primary reason’  for Ghana’s return to the International Monetary Fund (IMF) is the COVID-19 pandemic and the Russia-Ukraine war.

It maintains that efforts by the government to put the ailing economy back on track immediately after it assumed office were hampered by what it describes as the twin crisis [Covid and Russia-Ukraine war].

Minister responsible for Information, Kojo Oppong Nkrumah while speaking on the Citi Breakfast Show on Monday, said the country’s decision to fall back on the Bretton Woods institution for a bailout is justified.

“COVID-19 is the primary reason. It was a global challenge…the twin crisis [also affected us], and it’s a matter that is well-known problem”.

“Beyond the twin crisis, our domestic program which was what will ordinarily help us respond, so we do not go for a balance of payment support, has also been challenged. One of the major things that have affected us is our downgrade [by international rating agencies], therefore our inability to get access to the international market.”

The Ministry of Information on Friday, July 1, 2022, announced that President Akufo-Addo had given approval for Ghana to begin engagements with the IMF for a bailout.

The Information Ministry said the Minister for Finance, Ken Ofori-Atta will be leading the negotiations with the IMF in the coming days.

The news has been received with mixed feelings.

This will be the 17th time Ghana is going to the IMF for help. The 16th time was under the John Mahama administration in 2015 and ended in 2019.

“The Fund is not a single bullet to answer all the questions that we have  but if they can come to support the program that we have on the table.  The President has made that decision and we have started putting in place the mechanisms”, Mr. Oppong Nkrumah added.
Source: citifmonline