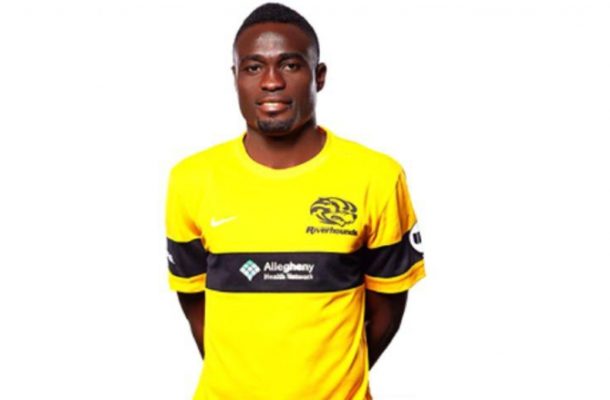 The Central Regional based side announced the signing of the experienced midfielder on Wednesday vis the club's social media handle.

The 28-year-old has joined the Nduom Stadium outfit on a two-year deal after a successful trial under Coach Yaw Acheampong.

Elmina Sharks are currently on the market to strengthen their squad for the 2019/20 league campaign.

Elmina Sharks took to twitter to announce the acquisition of the former Hearts of Oak midfielder.