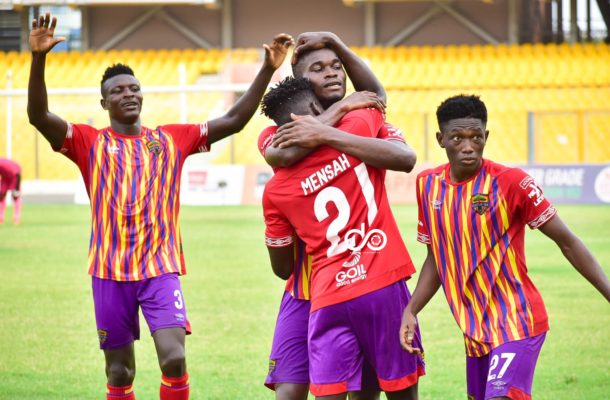 Accra Hearts of Oak have banished the demons of former coach Kostadin Papic after recording back to back victories in the league.

The phobians beat Liberty Professionals by a lone goal to nil in their match day 16 clash at the Carl Reindorf Park on Wednesday afternoon.

Liberty Professionals coach David Ocloo rung two changes in his squad with Evans Owus and Prosper Ahiabu coming into the line up while coach Samuel Nii Noi introduced club captain Fatawu Mohammed over Larry Sumaila and Emmanuel Nettey returned to the starting line up under the interim gaffer.

Both teams were lethargic in the opening exchanges with neither side not committed to attack and waiting to seize their chances as and when it came.

The phobians settled into the game and seized the initiative causing the backline of Liberty Professionals some problems.

Liberty dangerman Abraham Wayo was a constant threat down the Hearts of Oak flank but did not cause any harm with his incursions.

Both teams went into recess with the scores barren as neither side was able to break the resolute backline.

The second half started in a similar fashion just as the game began with each sides sizing their opponents with no real incursions.

Liberty Professionals pressed for the elusive equalizer which never came as their relegation woes deepened with their latest defeat.