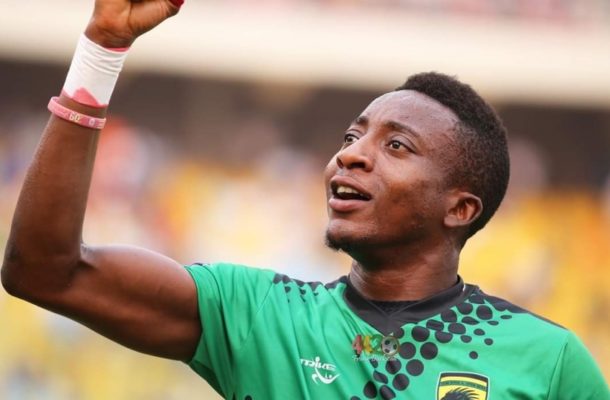 Out of favour Asante Kotoko goalkeeper Felix Annan is set to join South African side Maritzburg United in the ongoing transfer window according to reports.

The Porcupine Warriors' skipper has opened talks with the PSL side is could be heading to the Rainbow nation.

The Harry Gwala Stadium outfit have identified the 25-year-old as replacement for compatriot Richard Ofori who has been linked with a move away from the club.

Reports from the Ghanaian media on Wednesday indicate that Maritzburg United are preparing to table an initial offer to Kotoko  over the possible acquisition of the Black Stars 'B' goalie.

Annan lost his no.1 position at Asante Kotoko to Kwame Baah after match week 11 of the Ghana Premier League.

He has established himself to become one of the highly-rated in the Ghanaian top-flight league for the past three seasons.

Annan was a member of the Black Stars squad that represented Ghana at the 2019 Africa Cup of Nations qualifiers.