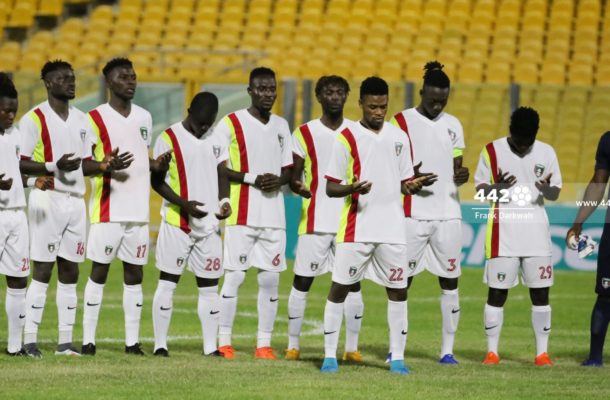 Elmina Sharks were taken to the cleaners in Techiman as Eleven Wonders made light work of them in their match day 5 clash with a 3-1 win.

The home side Eleven Wonders have been struggling all season but Wonders coach Yaw Acheampong got a sweet revenge over his former side Elmina Sharks.

Eleven Wonders recorded their first win of the season after beaten Elmina Sharks 3-1 at Ohene Ameyaw Park. The win also gave the Techiman based side their first goal (s) of the new campaign after going four matches without scoring.

Eleven Wonders began the season with a home loss to AshantiGold, drew goalless with Berekum Chelsea and Medeama SC before losing 2-0 to Asante Kotoko.

Evergreen Tetteh Nortey twice scored from the spot in the 49th and 53rd minutes of the game before Abdul Ganiyu Abbas added the third in the 61st minute. Isaac Donkor scored a consolation for Elmina Sharks in the 95th minute as Eleven Wonders failed to keep a clean sheet.