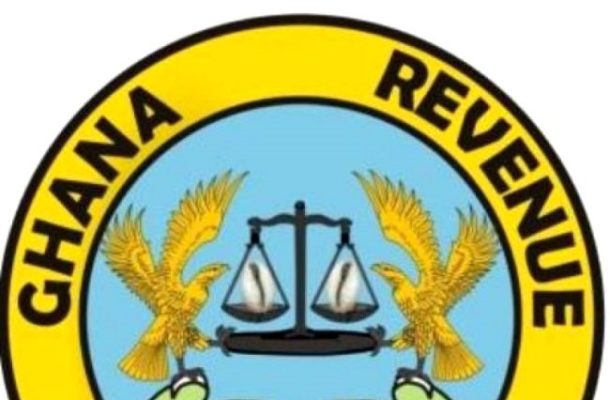 The Customs Division of the Ghana Revenue Authority (GRA) has interdicted some of its officers for conspiring with three companies to deprive the country of revenue amounting to $3.5 million.

According to a statement released by the Authority and signed by the Commissioner General, Kofi Nti, the three companies, Hendrick Shipping, Springfield Shipping, and Christerl Shipping were caught in acts of diversion of re-exportation of goods at the Akanu Border Post.

The matter has been referred to the Economic and Organised Crimes Office for further investigation.

In the statement, GRA further assures the public that the necessary disciplinary measures would be taken against the officers upon completion of the investigations.

Read the GRA full statement below: 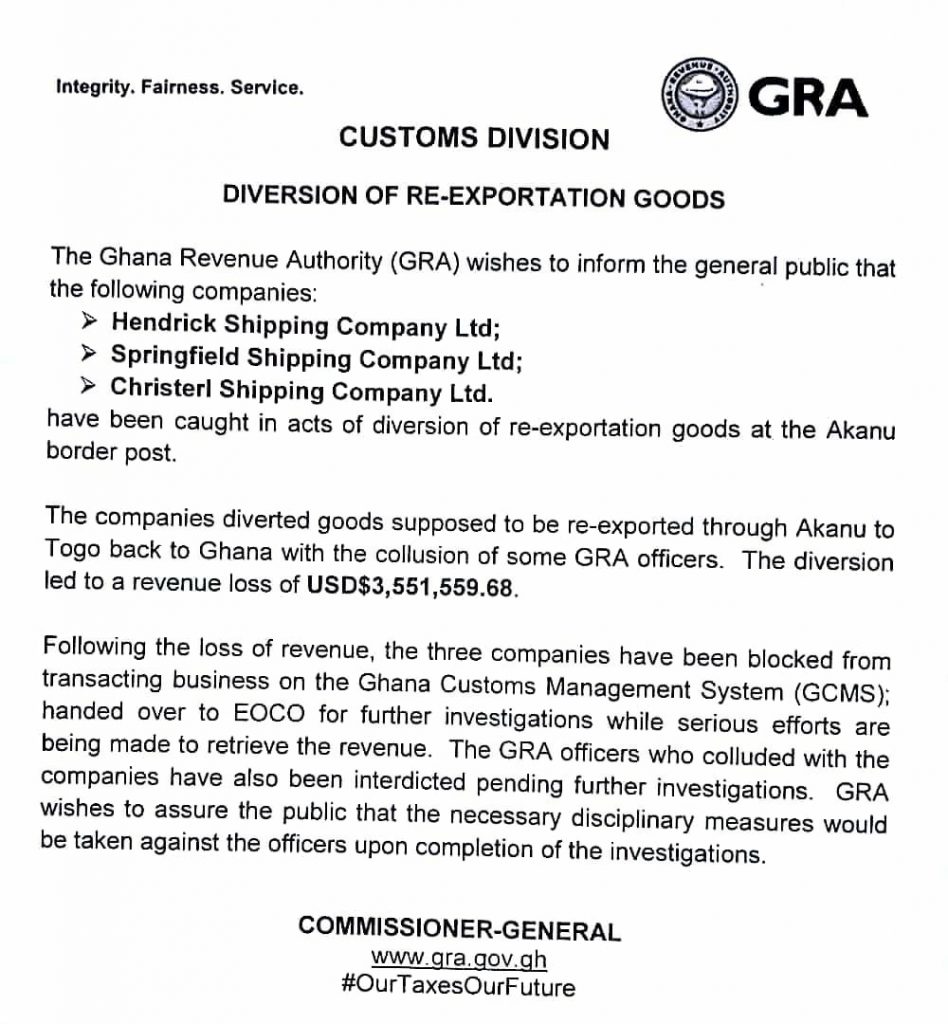