Grab all the seats for the party- Asiedu NKetsia 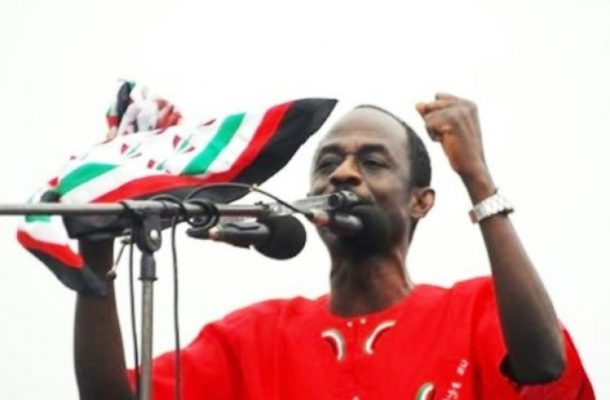 The General Secretary of the National Democratic Congress(NDC) has tasked the party's Parliamentary candidates in the Northern and Upper East Region to do everything possible to ensure the party gets 100 percent result in the region.

Speaking  in the  Central Region on Sunday  during the party's campaign launch for the 2016 elections , Johnson Asiedu Nkestsia reminded the candidates of the party's preparedness to support them win all the seats in those regions, as well as getting John Mahama  needed votes.

"We lost three seats in the upper east region, your assignment is to deliver upper east, 100 percent presidential and 100 percent parliamentary" he said.

" we lost 10 seats in the northern region. this year, we are not going to forgive you if you lose even 1 seat in that region"

The NDC in the 2012 election lost the Talensi, Nabdam and Talensi out 14 seat in the Upprer East Region.

The NDC launched its camapaign for the 2016 elections in the newly built 15000 capacity stadium in the Central Region.

The campaign team chaired by Mr Asiedu Nkstsia  is expected to kick start the campaign aimed at selling candidate Mahama to the electorates.