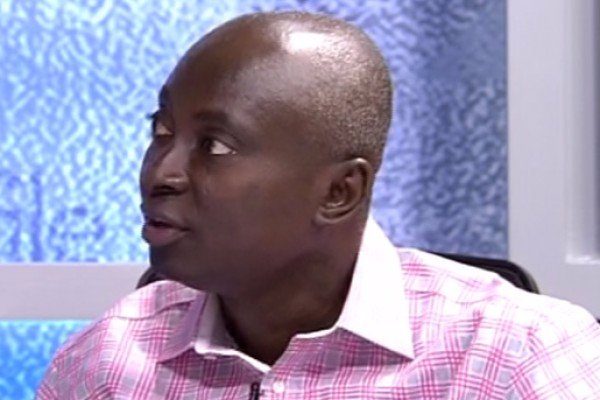 Works and Housing Minister, Samuel Atta Akyea, has vowed to punish a presidential staffer who allegedly dehumanised a government worker in the name of the Presidency.

The official whose name was given as Grace allegedly led soldiers to ransack the home of a staff of the Accountant-General's Department identified as Abdulai Amin.

Myjoyonline.com learnt she was joined in the raid by two others whose names were given as Araba and Klutse. They were convinced, the employee is an illegal occupant of the building.

But the latest raid happened on Tuesday dawn when some seven military officers stormed his house."They destroyed everything that I have...I asked them why they were doing that and they could not provide any evidence except that they are coming from the Flagstaff House," Mr Amin told Joy News Friday.

The incident has happened on three times, in April, May and December this year.

Mr Amin said he has been living in the government bungalow which was allocated to him by the Works and Housing Ministry since 2013. It was done in accordance with housing policy for government staff.

When Joy News' Matilda Wemegah visited his home, there were soldiers around the property but Mr Amin had some family members and friends to support him.Pointing to a woman who stood by with some military men, the A-G staff explained, "the lady in red is called Araba. She came this dawn at 1 am with the military to break into my room."

Before the latest raid, he had contacted the Deputy Works and Housing Minister, Freda Prempeh, to prove to her that the bungalow was allocated to him in compliance with regulations.

"They thought that I am not a government worker", he said.

Following the interaction with the Deputy Minister, he said his name was deleted from the list of persons living illegally in government bungalows.But the attack happened again last Saturday with a Grace-led invasion of his house repeating the claim that he is not a government worker.

He said the soldiers got him to speak to their "boss" at the Flagstaff House who authorised the raid.

Abdulai Amin said Grace has tried to replace him with a new occupant.

The revelations have incensed the Works and Housing Minister, Samuel Atta Akyea, who condemned the invasion as "distasteful" and "uncivilised".

"Trust me I am going to deal with it. I am going to get to the bottom of this matter," he said and pointed out "the Flagstaff House is not an extension of the Ministry of Works and Housing".

"I don't see why anybody should take it upon himself to evict a government worker," he said on Joy FM's Super Morning Show Friday.

He expressed anger at the culture of vigilantism that often accompanies political transitions in Ghana.

"People have this fixation of acting as they please whenever there is a regime change".

Atta Akyea said he will punish whoever is behind the lawlessness "even if he or she gave birth to the President".

The Minister confirmed Grace Acheampong works at the Office of the Chief of Staff at the Presidency. He explained she assisted the Works and Housing Ministry to conduct a bungalow to bungalow audit of government accommodation.

This was after the New Patriotic Party (NPP) government came to office in January 2017. The audit has long been completed and the Ministry no longer works with Grace.

"Grace has never been given the power to evict anybody. If Grace has done something unlawful, she will be sorted out".

"She will be punished. She is disgracing the Presidency," the Minister fumed.

Atta Akyea said he only got to learn of the incident via radio, adding he has not been able to speak to his deputy to get details of the harassment.

The Minister said it is impossible to know of the "minutest details of the day-to-day administration of the Ministry." But he said the victim should have at least petitioned him over the matter.

"Let this gentleman come and see me," he said and promised to inform Joy News of steps he has taken to deal with the matter.

"If you like, I will revert and let you know," he told Kojo Yankson host of Joy FM's Super Morning Show.