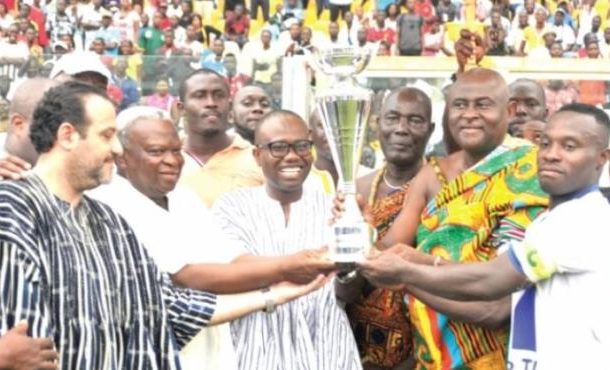 Chairman of Accra Great Olympics, Amarkai Amarteifio, has stated that the followers of the club will see a conflict-free campaign in next season's Ghana Premier League.

Olympics made their latest return to the elite division on Sunday when they beat Mighty Jets 2-1 in Teshie in Zone 3 in the GN Bank Division One League.

'Our campaign in the Division One has shown that Accra Great Olympics can be well-managed without in-fighting and open disagreements,' He said

' We shall improve on that in the Premier League. The playing body will be well-looked after and there will be a good relationship between shareholders and directors of the club.'

' Olympics is now corporate institution and that does now allow any claims and counter claims. We aim to stay in the league because that is where we belong.'