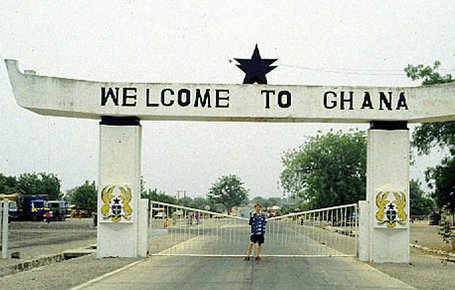 The Ghana Union of Traders Association (GUTA), has described the recent closure of Nigeria’s trade borders to Benin and other neighbouring countries as Ghana as an outright breach of ECOWAS treaties.

President of the Association, Dr Joseph Obeng tells JoyBusiness failure on the part of the Foreign Affairs Ministry as well as the ECOWAS parliament to put the member state in check is enough evidence of all treaties and protocols under ECOWAS being ineffective.

“Nigeria has blatantly flouted ECOWAS protocol if there is even something like that. Surprisingly, the foreign affairs ministry has failed to deal with this issue, nobody is talking to this issue and for two months Ghanaian goods have been locked up in Nigeria.

This act by the Nigerian government nullifies the entire ECOWAS Treaty on the free movement of people and goods,” he said.

In August, Nigeria’s president, Muhammadu Buhari had ordered a partial closure of the border with Benin to check smuggling of cheap goods into Nigeria.

However, the borders with all neighbouring countries were shut down completely this September. Dr Joseph Obeng argues the issue, if not checked, could hamper the Continental Free Trade Area.

According to him, “The CFTA rests solely on already existing protocols and if care is not taken, countries like Nigeria will bully their way into the agreement area, this is unfair trade and could hamper the whole CFTA”.

The United Nations Economic Commission for Africa (UNECA) says the importation of some exclusive products and sensitive sectors that some economies like Nigeria have banned will by the 13th year of the Continental Free Trade Agreement Area be completely phased out.

So far, the Nigerian government insists there is no end in sight to the partial closure of land borders until the condition of smuggling is checked for the mutual benefit of all neighbouring countries.

The exercise, code-named, ‘Ex-Swift Response’, was being jointly conducted by the customs, immigration, police and military personnel and coordinated by the Office of the National Security Adviser.

Femi Adesina, the President’s spokesman in a statement, said President Buhari expressed great concern over the smuggling of rice.

The president said the activities of the smugglers threatened the self-sufficiency already attained due to his administration’s agricultural policies.

“Now that our people in the rural areas are going back to their farms, and the country has saved huge sums of money which would otherwise have been expended on importing rice using our scarce foreign reserves. We cannot allow smuggling of the product at such alarming proportions to continue,” he said.

The Nigerian President said the limited closure of the country’s western border was to allow Nigeria’s security forces to develop a strategy on how to stem the dangerous trend and its wider ramifications.

The Nigerian leader gave the reason during an audience granted his Beninois counterpart, Patrice Talon, on the margins of the Seventh Tokyo International Conference for African Development (TICAD7), in Yokohama, Japan.

Responding to the concerns raised by President Talon on the magnitude of suffering caused by the closure, President Buhari said he had taken note and would reconsider reopening in the not-too-distant future.

He, however, disclosed that a meeting with his counterparts from Benin and Niger Republics would soon be called to determine strict and comprehensive measures to curtail the level of smuggling across their borders.