Has Senegalese referee N’Diaye Maguette been banned by FIFA/CAF? 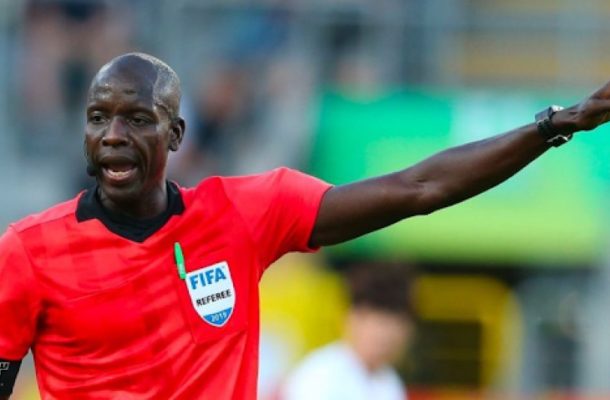 Senegalese referee N’Diaye Maguette has never known peace in the hands of the South African press after officiating the World Cup qualifier match between Ghana and South Africa at the Cape Coast Stadium.

According to a report filed by kickoff.com, a South African news portal, the Senegalese referee has been punished by FIFA/CAF for his role in awarding Ghana a penalty that ensured that Ghana progressed to the play offs.

They claim that the referee has been dropped from the list of match officials who will officiate the play offs which now draw has been conducted as punishment for the penalty awarded for Ghana.

The Black Stars defeated the Bafana Bafana of South Africa by a lone goal to secure the only slot in group G for the play offs of the 2022 World Cup.

Ghana had a penalty after Daniel Amartey went to ground in the penalty box following a challenge from Rushine De Reuck although it appeared soft there was a nudge in the back of the Leicester City defender.

The Senegalese referee Ndiaye Maguette who was standing just a few meters outside the penalty box swiftly awarded the penalty without any second thought.

FIFA  urged the two Associations that is Ghana and South Africa to present any comments or evidence it deems appropriate latest by 20th November 2021 as they referred the protest to the FIFA Disciplinary Committee who began their work on 23rd November,2021.

FIFA is now due to issue a verdict on that appeal which has created friction between Ghana and South Africa in football circles.

SAFA is also pressing for Maguette to be handed a lifetime ban from officiating which will include next year's World Cup.

Maguette is among six candidate referees from the continent, but his handling of the Black Stars and Bafana qualifier has now left his place in doubt.

Our checks reveals that he was not handed any  CAF club continental match this past week like he usually does, he wasn't awarded a fixture by CAF but nothing official has been communicated and he has not been banned as speculated.

He has also handled 10 international matches this year.