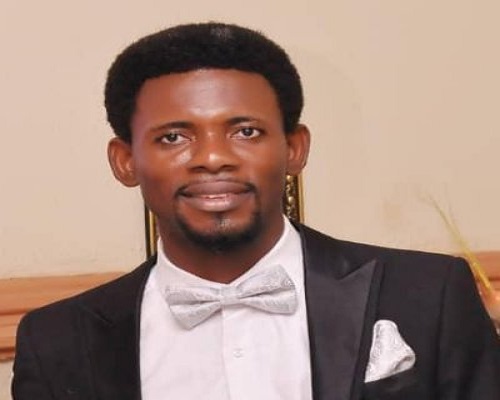 Apostle Prince Ikharebore, son of the late famous Nigeria prophet, TB Joshua has recounted the sad moments prior to the shocking death of his father.

Born, Temitope Balogun Joshua died Saturday, June 5, 2021, shortly after a church programme in his ministry, the Synagogue Church Of All Nations (SCOAN) in Lagos.

Although the cause of the sudden death of the man of God is still not established, Apostle Prince Ikharebore has revealed his father coughed when he appeared to pray for the sick.

Speaking to the congregation in Lagos on Sunday, June 6, Apostle Prince Ikharebore narrated that the church held an all-night service on Friday through to Saturday dawn but his father did not appear to hold the microphone as he usually does after a song ministration from the choir.

He said later in the evening while watching Emmanuel TV, he saw the man of God walked in with a smile to hold the healing service as expected of him.

However, Apostle Prince disclosed his father told the congregants to go to their destinations and that he was going to pray for them in their houses.

He continued that moment after his dad had asked one of the people to repeat after him what he was saying, he held one of the trees in the house, coughed and walked away, an indication all was not well.

"It was later in the evening when he came. He just walked in with a smile and I was still watching him. He said there'll no longer be a prayer line and that congregants will go to their houses and will pray for them in their houses. He collected the mike and make someone repeat what he said. He held one of the trees in the church, coughed and walked away," he narrated.

He said though Prophet TB Joshua interacted with the congregation before they finally departed from the meeting, the service ended abruptly since he was unable to lead the prayer and healing section.

He said that was his last moment on earth since he did not come out again after entering his room.

"That was how the short service ended. After the meeting, he talked to everybody and just entered his room and that was it," emotional Apostle Prince Ikharebore disclosed.