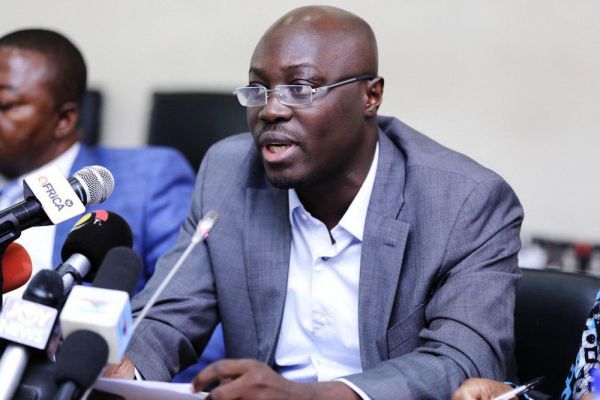 The Minister of Health, Kwaku Agyeman-Manu, has accused a former Deputy Minister of Finance, Dr Cassiel Ato Forson, of breaching the contractual agreement covering the supply of ambulances to the ministry.

The minster, who was giving his evidence-in-chief in a trial in which the Dr Cassiel Ato Forson, and two others standing trial for causing financial loss to the state over an ambulance deal, said the accused “instructed” the Bank of Ghana to establish a letter of credit amounting to over €3 million in favour of Big Sea.

The practice, according to the witness who was being led by the Attorney-General and Minister of Justice, Godfred Yeboah Dame, was contrary to the contract agreement.

He explained that the contract required that payment should not be made until the vehicles are delivered.

Dr Forson, who is also the National Democratic Congress Member of Parliament for Ajumako-Enyan-Esiam and the Ranking Member on the Finance Committee of Parliament, is standing trial with Sylvester Anemana, a former Chief Director of the Ministry of Health, and Richard Jakpa, a businessman, for allegedly causing financial loss of €2.37 million to the state in a deal to purchase 200 ambulances for the country between 2014 and 2016.

It is the case of the prosecution that Dr Forson, by writing to the BoG for letters of credit of €3.95 million for the supply of 50 ambulances in favour of Big Sea, he played a part in causing financial loss to the state since the ambulances procured for the state were not fit for purpose.

The health minister testified that after signing the contract for the procurement of the ambulances, letters of credit needed to be established to trigger the execution.

However, due to delays, the minister told the court that Big Sea sent a notice of intention to sue the state to the Office of Attorney-General and Minister of Justice, and the Minister of Health.

The minister further testified that at the time, the ministry of health in its response said it was incapacitated to execute the contract because the parliamentary approval for the financing agreement indicated that the source of funding should come from the Stanbic Bank adding: “As at the time, the ministry has not been informed of any credit agreement between Ministry of Health and Stanbic Bank”.