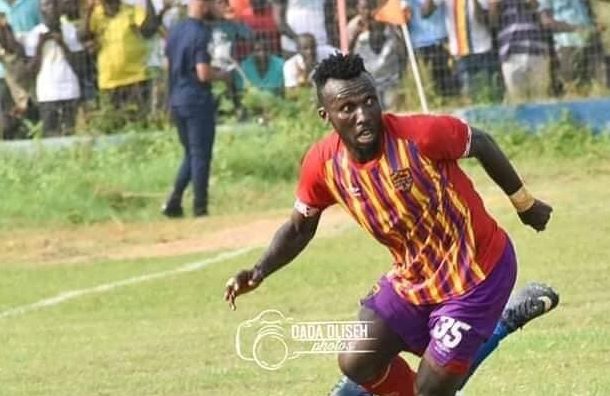 Accra Hearts of Oak SC new signing Emmanuel Nettey put up a terrific display in their 2-1 win against Liberty Professional FC at the Carl Reindorf Park in Dansoman, earning a man of the match award to his credit.

The energetic midfielder provided an assured shield in front of the Phobian back four to give room for Benjamin Afutu and Fredrick Ansah Botchway to blossom at the center of the pitch.

It was a performance that gelled to the excitement of the Phobian family with Bernard Arthur and Kofi Kordzi scoring late goals to earn three points for the visitors.

Emmanuel Nettey marked his debut for Accra Hearts of Oak SC at the Sogakope Red Bulls Arena but feasted on the capital derby with sumptuous tackling, distribution and leadership attributes at the center of the pitch.

Edward Odoom placed hopes on his new boy for the derby showdown and it paid off in grand style.

An equaliser in the 86 minutes by former Liberty professional forward Benard Arthur was followed by Kofi Kodji's  an 88th minutes winner to push the Phobians to the 7th place on the league log.

Hearts are next at home to Asante Kotoko in a battle that is expected to be full of excitement next Sunday.