Hearts of Oak officially announce the signing of Salifu Ibrahim 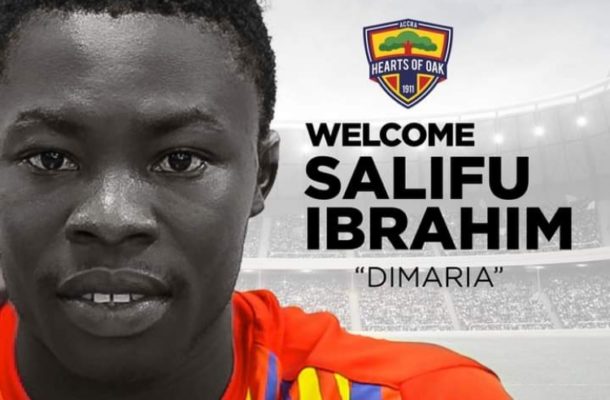 Accra Hearts of Oak have finally  announced the signing of Salifu Ibrahim from Techiman Eleven Wonders in A three-year deal.

He becomes the club's first signing in the second round transfer window, which will keep him in the rainbow colours until 2024.

Salifu has been a top performer for Eleven Wonders in the ongoing Ghana Premier League season where he has clinched four man of the match awards.

Following his exploits in the Ghanaian top-flight league, Black Stars head coach Charles Kwablan Akonnor handed him a call-up ahead of next month's Africa Cup of Nations qualifiers against South Africa and Sao Tome & Principle.