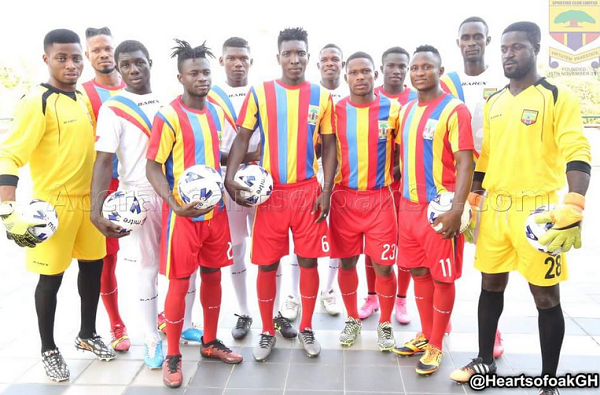 The Managing Director of Accra Hearts of Oak Mark Daniel Noonan has revealed that the club will, in the next four weeks introduce three major things which include new kit sponsors, kit supplier and thirdly, a new identity of the club with a new bage (crest).

To the MD, the club won't forget where they come from but like other big clubs in the world, there is the need for Hearts of Oak to be given a new identity that will get the supporters much excited about their darling club.

Primarily formed in the year 1910, Accra Hearts of Oak was formally and officially founded and launched on the 11th day of November 1911, and has since remained the oldest existing club in Ghana, boasting of 107 years of existence till date, but has stuck to its original crest, featuring the famous Oak tree and in the rainbow colours.

However, new MD Mark Daniel Noonan believes that with the likes of Arsenal, Juventus, Real Madrid ,Manchester City etc having changed their identity through moderation of their crest, same must be done at Hearts to boost corporate reforms.

" We've hired a new company for the kits and mostly a new kit supplier will also be able to introduce a new bage (Crest) and a new identity that I think will get our supporters really excited ", Noonan revealed.

Asked whether changing the Crest won't make the club alien to people, Noonan insisted that the club won't forget where they come from.

" We won't forget where we come from but, if you look at all the major clubs across the the world, everybody, from Juventus, Arsenal, Liverpool or Man City ,they've all done things to remake their identity particularly because in many years with fans of consuming media content through a very small screen that helps at hand, we are looking to do that update and we want to do that I will say over the next four weeks or so", he explained.

Should these steps be executed, the phobians will resume the league in a much more attractive and inspired spirit.