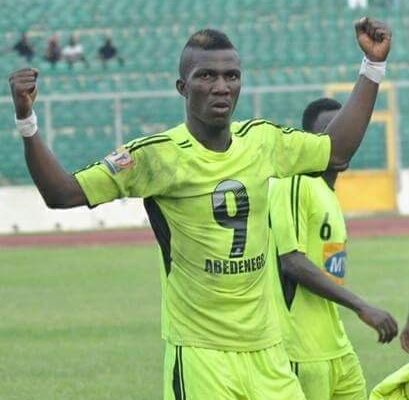 Former Bechem United forward completed his switch to the Accra based side on transfer deadline day but is yet to feature for them in a Football game.

With the prolific goal poacher likely to be in the Hearts traveling party to Dawu next weekend, the Phobians will on Monday, officially unveil the former Trua FC attacker at the club’s Secretaria.

The Ghanaian attacker penned a two year contract with the Hearts of Oak last week as part of of the club's quest to bolster their squad.

The inclusion of the attacker in the Rainbows squad, is to strengthen the upfront as they set to take pace in the ongoing 2019/20 Ghana Premier League season.

Currently, Hearts of Oak relinquish 12 on the league table with 7points after six games.