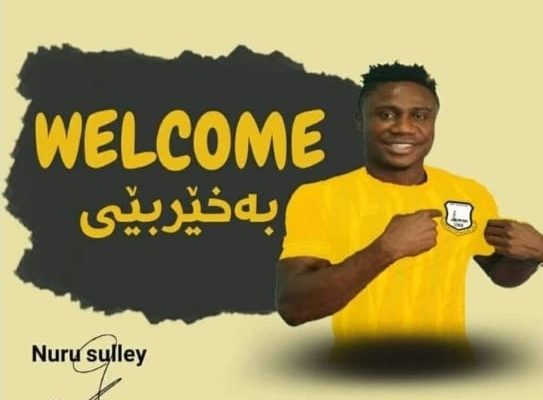 He joins on an initial loan deal with an option to make the deal permanent at the end of the 2021/2022 campaign.

Despite the veteran defender being announced as a new player for the Iraqi side Accra Hearts of Oak says they are unaware of any such transfer as the defender is still their player.

There has been some discontent between the player and the club with the player wanting out of the club but Hearts insists he still has a contract with them.

Nuru Sulley has in the past played for Iraqi sides Al Mina'a SC and Naft Al-Basra in 2019.

He also had stints with Libyan sides Al Ittihad Tripoli and Al-Nasr Benghazi before joining Turkish side Alanyaspor.

The defender was integral as Hearts of Oak lifted the Ghana Premier League double and the MTN FA Cup the just ended season.

He will join former AshGold captain Shafiu Mumuni at his new club Erbil.