Hearts will strengthen the team ahead of Africa - Vincent Sowah Odotei 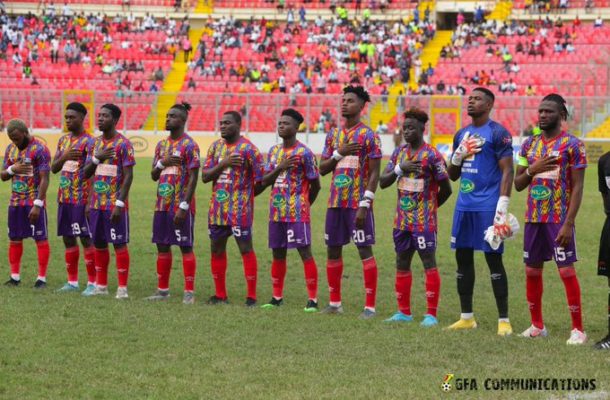 Board member of Accra Hearts of Oak, Vincent Sowah Odotei says that the club will strengthen the playing squad as they head into the Confederations Cup.

He says that the club must play in Africa and make an impact and not just go and participate in the competition.

Accra Hearts of Oak defeated Bechem United in the finals of the MTN FA Cup and will represent Ghana in the CAF Confederations Cup competition.

“There’s no team that stays the same any season so definitely we are sure we are going to strengthen a few areas in the team so that we can move up the level and the standard higher as we go into Africa." he told Precise FM

No one has mentioned anybody who is going to be sacked.Today we are celebrating our FA cup, every team at the end of the season does a review and that’s exactly what we will do.

At the moment coach Boadu is our head coach and we are just going to prepare for Africa.”

Hearts of Oak were kicked out of the CAF Champions league the last time they played in it as they were humiliated by eventual winners WAC of Morocco.