Help, I need to end 2-year affair with my friend’s wife - Banker 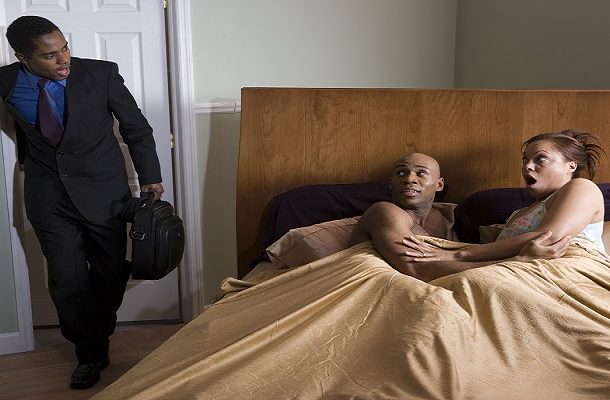 A 28-year-old banker says he needs help on how to end a 2-year secret affair with his friends' wife.

According to James, he has slept with his friend's wife countless times after the woman, 30, openly said she had some feelings for him.

"I knew his wife through him in 2016. His wife and I would exchange harmless compliments, until June 2018, when we began flirting heavily. 2 months later, she confessed she had feelings for me, I too did", said James.

James, a Kenyan banker says, his friend, 31, is his financial adviser who helps him whenever he has any financial difficulties.

He said, since the relationship started, he and the woman sometimes travel out of the Nairobi to spend holidays.

According to James, although his friend has no knowledge of the secret affair with his wife, he has the feeling that he will soon get to know it.

Read James' full post below and give your advice:

Hi, my name is James a 28-year-old banker in Nairobi. I am in dilemma. I am secretly dating my friend’s wife, 30. My friend, a financial advisor in Nairobi, is 31 years old. I knew him in campus 10 years ago. He wedded in 2018. I knew his wife through him in 2016. His wife and I would exchange harmless compliments, until June 2018, when we began flirting heavily. 2 months later, she confessed she had feelings for me, I too did. Since then, we have been occasionally meeting secretly out of Nairobi, where we both work and live. We have spent holidays in Mombasa, Lamu and even Diani. Her husband doesn’t suspect anything, but I fear our affair could soon be known. We have had sexual intimacy several times, and I feel guilty that I am betraying my friend, who has been there for me every time I am in financial need. Sometimes I feel like quitting the affair, but his wife, a communications officer at a Nairobi firm, manages to convince me not to. Sometimes I feel like confessing to my friend, but I fear the consequences. Help, what should I do?