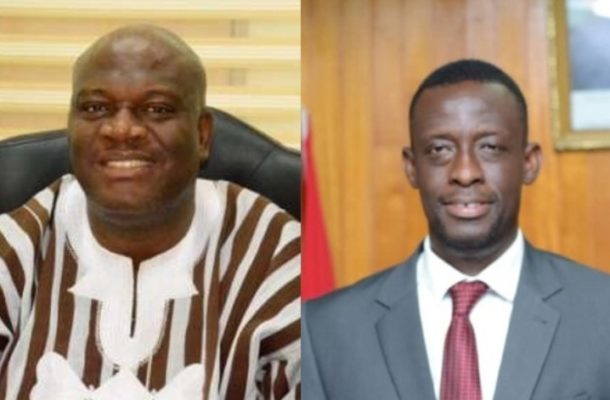 The Greater Accra Regional Minister, Henry Quartey and Kwabena Okyere Darko-Mensah have emerged top best performing regional ministers in the country according to an investigative report.

The report by FAKS Investigative Services was put together after a survey was done by researchers, media practitioners, and academics who did an assessment based on the outcome of the findings they received.

Henry Quartey and Kwabena Okyere Darko-Mensah, with 92.41%, each earned the top spot as the best performing regional ministers.

Let’s take a look at some works of Henry Quartey and Kwabena Okyere Darko-Mensah which might have earned them their spots as best performing ministers.

The stout and stern man-made headlines due to his proactive measures in making ‘Accra work again,’ though some were not in support of the measures he adopted, others praised him.

He also spearheaded a demolishing exercise in parts of Accra.
He ensured some persons were sanctioned for breaching sanitation protocols.
Mr. Quartey further enforced the removal of sirens by ministers, deputies, others.

He pledged GH¢1,500 to Psalm Adjeteyfio.

Western Regional Minister, Kwabena Okyere Darko-Mensah has also been in the news for striving for infrastructural growth amongst others.

He was recently in the news over his involvement in a kidnap case in Takoradi. The kidnap which was later found to be fake involved a woman feigning pregnancy and planning her kidnap to extort money from her husband, the minister is said to have paid a ransom of 3000 cedis to the kidnappers in order to have the woman released. The woman was said to have conspired with three others to fake her kidnap

Find below the full findings of the investigative report: