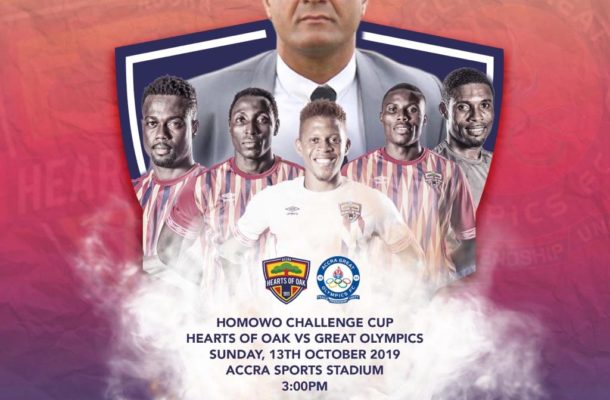 The two Accra-based clubs will renew their rivalry as part of activities lineup to celebrate this year’s edition of the Homowo festival.

The match was originally slated to be played on 15th September but had to be scheduled to a later date following the organizers inability to reach an agreement with both clubs on the financial terms.

But  finally the big clash will come up at the Accra Sports Stadium on Sunday 13th October 2019 at 3pm.

Hearts of Oak has been the busier of the two team in the last few weeks playing an international friendly against Nigerien side Sahel Sporting Club which they lost.