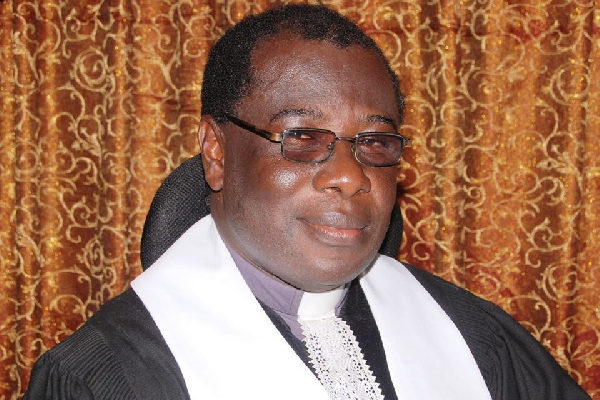 The moderator of the Presbyterian Church of Ghana, Rt. Reverend Professor Joseph Obiri Yeboah Mante has urged Ghanaians to develop the mindset of paying more taxes to contribute to national development.

According to him, less than 10 per cent of Ghana's population pays tax which did not bode well for the country's progress.

Rt. Rev. Prof. Mante made this known in an interview with the Ghanaian Times in Accra on Sunday on the 'E-Levy' before parliament.

The man of God, who did not state whether he supported the e-levy or not, stressed the need for effective taxation, which would spur on the mobilization of revenue for the country's progress, growth, and development.

"Even as we in Ghana now are thinking about budget, whether we should pay e-levy and so on and so forth, what I want to say is whether it is e-levy or not, every Ghanaian must tune their mind to the fact that paying taxes is what will move us forward. Any country that we have seen in this world that has progressed they are paying lots of taxes.

"In Norway, you go there and the taxes they are paying, over 40 per cent of taxes and the tax base is spread. In Ghana, less than 10 per cent of the population is paying taxes which is a serious matter. So, we all need to have a mindset of tax paying. We should pay more taxes than we are doing," he added.

He suggested that the government reconsider the 1.75 per cent e-levy to move ahead and for people to get used to it.

"I want to suggest to the government with all seriousness that, while I'm talking about paying taxes so that we can move ahead, please do it slowly for us, bit by bit, so that we just don't start 1.75. It becomes a killer for people. People must get used to it. As we move along, if you increase it little by little, it will help all of us," he said.