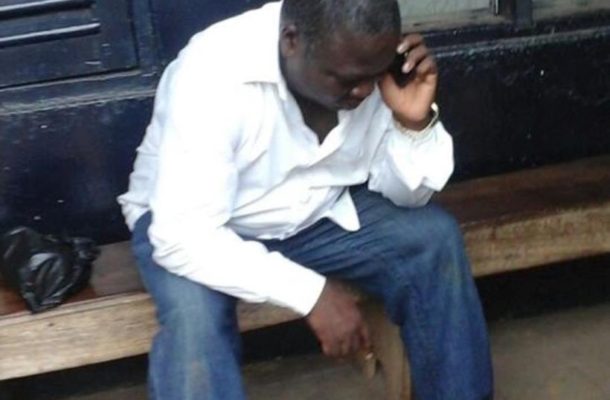 Commey, who watched the game from the back of a van amidst All Stars supports, complains vehemently about the controversial penalty awarded to All Stars.

This led to Some fans of Wa All Stars descending heavily on him with crude physical attacks. It took some time before the police and other officials at the venue were able to rescue him from the hyper fans.

The former Hearts spokesperson was driven to the Wa Police Hospital where he was assessed and offered preliminary treatment.

Wa All Stars won the clash 2-1 after Bolga-based referee Alhassan Ali awarded a controversial penalty to the home side after their striker appeared to have been tripped by his own player while under pressure from an Aduana Stars defender.

Below is a report issued by the police on his attack.