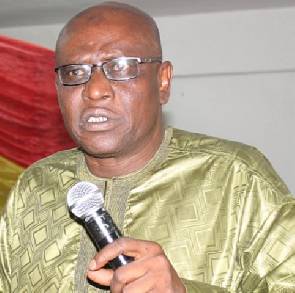 All hope is not lost for the 13 disqualified presidential aspirants in this year’s elections as the Electoral Commission (EC) promises to accept their candidature if it is compelled by the law court to do so.

Speaking at a media engagement in Tamale, a Deputy Commissioner of the commission, Mr Amadu Sulley, said the EC operated within the realms of the laws in disqualifying the 13 presidential candidates and, therefore, if the same laws required the commission to accept their candidature, it would do so.

He said the EC “is a law-abiding entity and will, therefore, respect the laws of the land in its operations”.

He, however, said the EC was not disconcerted by the lawsuits that most of the disqualified candidates had been threatening the commission with.

According to Mr Amadu, the EC did due diligence and considered all the legalities involved in its decision to disqualify the candidates before putting them out.

It would be recalled that the EC on Monday, October 10, this year, disqualified 13 presidential aspirants who had filed their forms at the commission to contest in this year’s presidential election.

In her remarks, the Chairperson of EC, Mrs Charlotte Osei, said the commission had already explained to the public why the 13 presidential aspirants were disqualified.

She said the commission was not against any of the 13 disqualified presidential candidates but disqualified them based on their inability to satisfy all the requirements in the filing of their nomination forms.

She said the commission had been mandated to organise and ensure free, fair and credible elections by the powers of the country.

The media interaction was jointly organised by the EC and the Media Foundation for West Africa (MFWA) to offer an opportunity to media practitioners in the region to interact with the EC officials in order to have a better understanding of the work of the commission.

The Executive Director of MFWA, Mr Sulemana Braimah, reminded the media of the key role they had to play in ensuring free, fair and credible elections this year.

He, therefore, urged the journalists to remain neutral in their reportage as the campaign heats up.

He said the neutrality of the media in their line of duty would ensure balance and fairness to all the political parties contesting in this year’s elections.

Mr Braimah said the MFWA would continue to partner relevant stakeholders to ensure that the media practitioners “are well equipped with the needed information before the December polls”.