HORRIFIC: 56 year old woman arrested for 'tying up her husband and cutting off his p*nis' 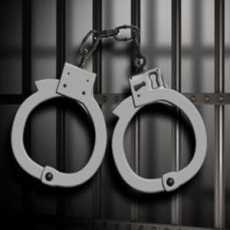 A woman has been arrested for tying up her husband and chopping off his penis.

The victim, 61-year-old James Frabutt told authorities that his wife Victoria Thomas Frabutt, 56, restrained him, pulled out a knife and severed his manhood during the alleged incident on Tuesday, September 8.

Chief Detective Jason Wank said officers from the Carteret County Sheriff’s Office responded to a house on Murdoch Road in Newport just before 4am. They transported the victim from the home to the Vidant Medical Center in Greenville.

Major Wank said the body part was successfully located and penis was immediately put on ice and transported to medical personnel.

The motive behind the castration is yet unknown as well as James Frabutt’s condition.

His wife, Victoria was taken into custody on Tuesday and booked around 10.45am for malicious castration and kidnapping.

She is currently held in Carteret County Jail under a $100,000 bond and her first court appearance is scheduled for Wednesday, September 9.