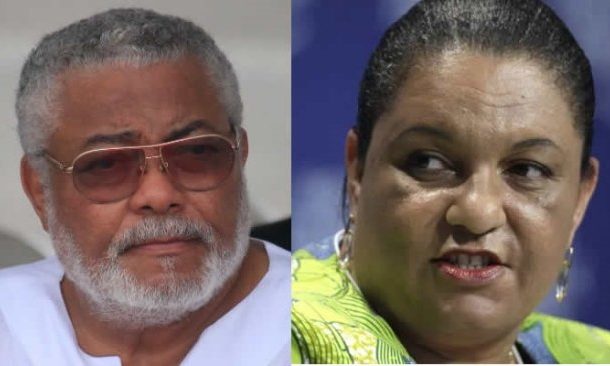 In an address delivered in Twi at a Town Hall meeting of National Democratic Congress (NDC) activists at the Arts Centre in Accra on Saturday, Mr Rawlings said Hanna Tetteh showed disrespect to the former First Lady at several high-profile functions.

The NDC Founder said he almost campaigned against Ms Tetteh who was then contesting for re-election as MP for the Awutu-Senya West constituency in the 2016 elections.

Listen to the audio below: