I am back into active NDC politics - Koku Anyidoho announces 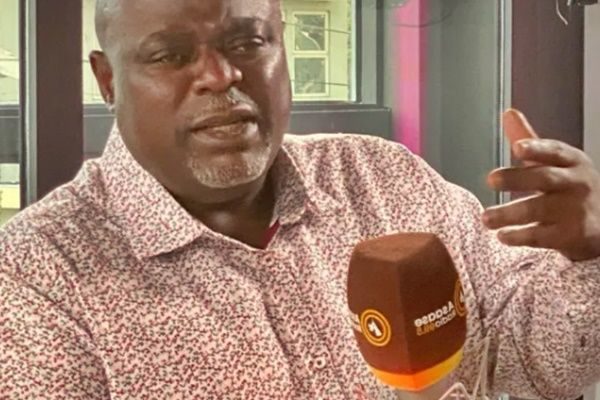 The suspended former Deputy General Secretary of the National Democratic Congress, Koku Anyidoho has said he is returning to engage in active politics in the party.

According to him, his intention is to legitimately take back the part from those who have hijacked the party.

In a Twitter post, he said he has not been sacked by the party despite the party’s communique that he has been sacked, adding that nobody can actually sack him from the party.

“I am back full swing into active NDC politics and we shall not pay any ransom to those who have hijacked our PARTY: we shall take back what legitimately belongs to us. "Revo Revo Revolution, has a long way to go but has come to stay". Who born dog?” he tweeted.

“Nobody has sacked me from NDC and nobody can sack me from NDC,” he added.
Meanwhile, it will be recalled that on February 9, 2021, the National Democratic Congress announced that it has suspended its former General Secretary, Samuel Koku Anyidoho.

The two party officials in their complaint alleged that, Koku Anyidoho had misconducted himself and breached the party disciplinary code. The Functional Executive Committee of the party thus instituted investigations into the allegations against Koku Anyidoho.

After five months of investigations, the party, through a statement signed by its General Secretary Johnson Asiedu Nketia, said it found Anyidoho guilty of the charges that were levelled against him by the petitioners.

The party said it found Anyidoho guilty on counts of misconduct and anti-party behaviour in relation to article 48(1)(9)(a) of the party’s constitution.

"At its meeting on Tuesday, July 27, 2021, the Functional Executive Committee (FEC) of the National Democratic Congress (NDC) considered the report and recommendations of the National Disciplinary Committee on the case of misconduct and anti-party behaviour brought against you (Koku Anyidoho), pursuant to article 48(1)(9)(a) of the NDC constitution,” parts of the statement from the party stated.

“The Functional Executive Committee (FEC) acting in compliance of Article 48(1) of the NDC Constitution unanimously adopted the report and accepts full responsibility for your expulsion from the party,” the letter dated Tuesday, July 27, 2021 said.

“You are, therefore, by the decision of FEC expelled from the National Democratic Congress and for that matter you are no more recognised as a member the party and cannot carry yourself as such.”

But Koku Anyidoho insists that so long as he is concerned, he has not received any communication from the party insisting that he still belongs to the party.