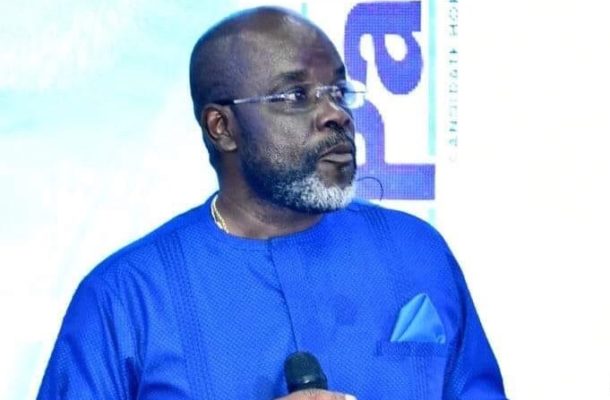 Disqualified  Ghana Football Association Presidential candidate Wilfred Osei Palmer has expressed dissatisfaction with the normalization committee's rejection of his appeal to be reinstated on the ballot for the October 24 election.

The Tema Youth chief was one of the favorites for the GFA Top job until he was disqualified by the election committee on Friday October 4 for alleged violation of article 33 (5) (c) of the GFA regulations.

Palmer appealed  against the decision of the election committee on Monday but his appeal was dismissed making him ineligible to contest the upcoming elections.

But in a statement released on Wednesday afternoon, the experienced football administrator expressed his bitterness about the turn of events leading to the dismissal of his appeal.

According to him, the committee failed to cite any reason for the or dismissal of his appeal.

He further accused Dr. Kofi Amoah and some members of the normalization of deliberate attempt to ensure that his candidature does not see the light of day.

Below is Palmer's full statement:

"I confirm receipt of a letter from the GFA Ref: GFA/CGS/GC/VOL/116, dated 8th October,2019 and sent to me by email on 9th October, 2019 at 13.44 GMT dismissing my appeal against the decision of the GFA Normlaisation/Elections Committee dated 4th October, 2019. However, no reasons were adduced for the dismissal of the Appeal.

I duly filed my appeal on Monday at 3:40 pm, I further filed an interim injuction and requested for a record of proceedigs which was handed over to me after 5pm on Monday 7th October 2019 on pen drive.

However, there is an erroneous impression created by the Normalisation Committee and its assigns that I failed to file an Appeal. For the avoidance of the doubt, my appeal brief indicated all the issues I was seeking for.

I am reliably informed that a meeting was held yesterday at 19.00hrs by Dr. Amoah, Naa Odorfoley, and some Secretariat Staff of the GFA to discuss my appeal. I am however amased to hear that no Committee sat on the Appeal.

Basically, as can be seen in the letter dismissing my appeal dated 8th October,2019, it is conclusive that the decision to dismiss the appeal was long decided before communicating same to me today, 9th October, 2019.

As a law abiding Football Administrator and Citizen of our beloved country, Ghana, I wish to reiterate the point that, my supporters and loved ones should remain calm. We serve a Just and Living God. Please be decorous in your media and public discussion.

I have been advised by my Legal Team on the next line of action in my quest to seek justice, and would in due course communicate that same line of action to the Football Community and the Public at Large.

Once again, let me express my sincere gratitute to my supporters and well wishers for the immense love and leadership role it played in the matter at hand.